So I started a new job at the turn of the new year. For the first time, I get the chance to use a Mac as my main daily driver. This is in stark contrast to the entirety of my professional life which has always revolved around some sort of a Windows based system. Even when I was the weirdo running Linux on my laptop, my main system was a Windows system. From Windows 2000, XP, 7, and ultimately 10, it all revolved around Windows.

Suffice it to say, converting to a Mac dominated workflow was pretty different. Granted, for the last 7-8 years, I have had a Mac for personal use, and for occasional light work. So I am certainly familiar with the system. But using it on a daily basis is a very different prospect.

I was fortunate enough to receive one of the new MacBook Air systems with the Apple M1 processor. This is the direct successor to my Intel based MacBook Air that is from the earlier half of the 2010s. The long and the short of it is that the new M1 MacBook Air is absolutely amazing. From the effortless performance to the snappiness of all the applications to the seamless translation of Intel-complied applications using Rosetta 2, it is an amazing system. Although I’m not naive enough to believe that Macs don’t get viruses (e.g., new M1 compatible Mac malware), it certainly is a nice and seamless system. This, combined with a workflow centered around Dropbox Business, is bringing a fresh look to my daily work.

And fortunately, the M1 does not seem to have any of the issues I mentioned in an earlier post about my Dell U3818DW monitor. Except for some minor glitches when the Air wakes up from sleep, the monitor and the laptop play together perfectly using the USB-C cable to charge the laptop, transfer the video signal, and transfer the keyboard and mouse signals. Just one cable to make it all work. Admittedly, it is a slick solution. I sometimes hook in an additional cable (line-out to the integrated amplifier) for audio, but more often than not I simply AirPlay music from the phone or the Music app, or simply stream music from one of several Internet radio stations. Seamless and reliable, the perfect combination.

Unfortunately, we still work primarily in Microsoft Word. A serviceable software package but it would be nice to have iterated on the modern word processor somewhat. Maybe sometime soon there’ll be innovation in this end of the daily work software/hardware stack in the near future. 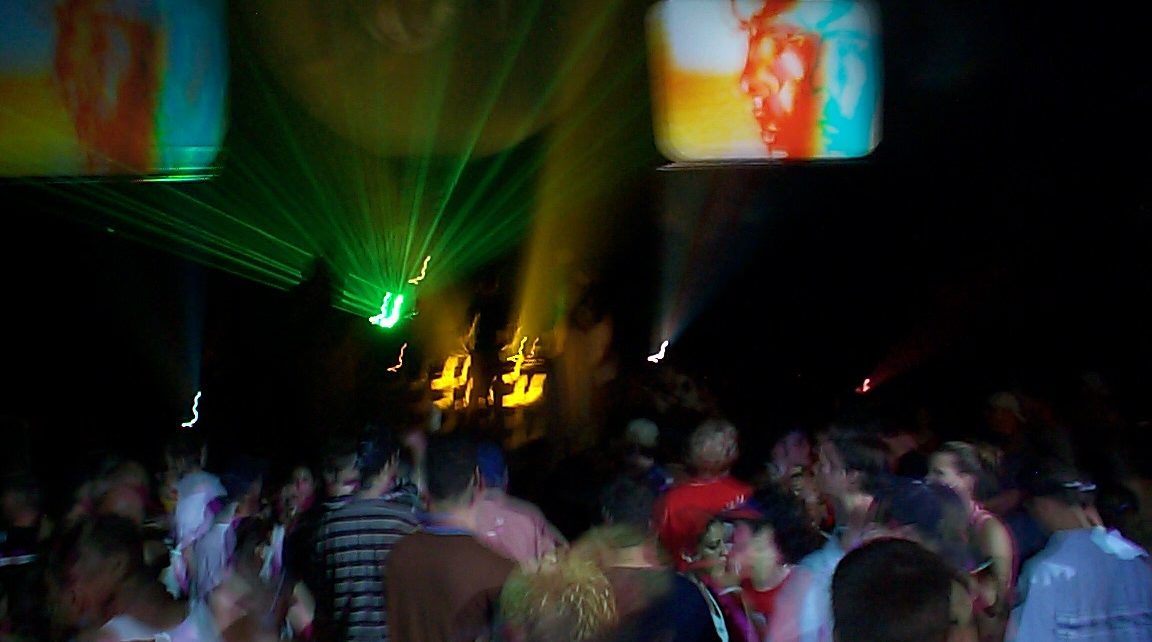 Being old enough to have run my computer all night to rip a CD into MP3 format, I remember the genesis of Internet radio. When iwas first released onto the world, now anyone could be a radio host.

And holy shit do a lot of people have terrible music taste.

But this was also the genesis of the live stream. Of the democratization of content. And helped emphasize how sometimes, a curated feed is exactly what we want. Sorta like how Netflix is in fact a paradox of choice.

Similarly, with music, especially if you have a streaming package like Apple Music, you have at your fingertips a library of music that you will likely never be able to finish in its entirety.

But what do you listen to? At least Apple provides some guidance and recommendations. Along with radio shows where someone curates the content for you.

But sometimes, an aimless radio station is exactly what’s needed.

I’m glad to see that SomaFM continues to be a thing. The local NPR station, WAMU, is often streaming as well in the household. But I’m slowly poking around, seeing what is out there still. With a fairly decent sound system sitting with me at my desk now, what better time to rediscover serendipity in music?

For my setup, I’m using my trusty Airplay Express with my NAD C350 integrated amplifier which are driving two Klipsch R-15Ms that I picked up on a whim at Best Buy. Driving audio to this setup, I have forked-daapd running in a docker container (courtesy of the fine people at linuxserver.io). I’ve created a custom playlist that links directly to my favorite streams, including:

Because it is forked-daapd, it works well with the Apple Remote app on the phone and is therefore wife approved. And works well with Apple Music on our individual devices. The Marantz receiver in the living room purportedly supports Airplay as well, and usually performs well. But for reliability, you cannot beat the Airplay Express even though it was released in 2012. With a firmware update from 2018, it supports Airplay 2 and is more than sufficient for my needs for the time being.

One of the things that’s changed in the new working environment is the increased usage of the home office. Previously, all that was needed was something that could do the job after hours. So I would work on the laptop while on the couch, or if I needed extra screen real estate, I could use the desktop that is hooked up to the giant 38″ screen. Not perfect but good enough for usage at home.

But now I’ve gone and changed jobs to one that is fully remote for the foreseeable future, some changes are needed so that working day in and day otu from the location is possible. To do this, I wanted to consolidate things and rearrange things vertically so that floor space is maximized. And it sure would be nice to have a standing desk. But the pandemic created a shortage of standing desks and other office furniture. And although I certainly could get some of the nicer models that are in stock, $600+ is quite a bit for some furniture that may or may not survive the next move from this residence. Sadly, I don’t see this place being the forever home.

So in the meantime, I decided to address the first item and consolidate things. It turns out that IKEA’s IVAR system was the perfect size to consolidate electronics in the corner and off of my current desk. What kind of electronics are we talking about? It includes the main desktop PC (home-built i5-4570 in a Silverstone small form factor case), the home server (home-built i3 in a Fractal Design Node 804), a laser printer (Brother HL-2270DW), a flatbed scanner (Epson V600), the router and cable modem, a second generation AirPort Express, a HDHomeRun Extend, an Electronic Objects E01, and a Spyder4Pro colorimeter. These and more were previously split between the corner of the room and the shelves of the sideboard. Now, all of these and more are placed on various levels of the IVAR shelf, clearing my desk and reducing the used floor space.

One of the major improvements from this new arrangement is the ability to use components of my old sound system as my computer speakers. My NAD C350 integrated amplifier powers two Klipsch bookshelf speakers that are placed beside my 38″ monitor. The amplifier gets audio from either my desktop or my trusty AirPlay Express that supports Airplay 2 (thanks for this update Apple!).

Shockingly, the onboard sound card in my desktop is serviceable for now. Sound quality just doesn’t matter as much when it is largely system sounds. For some of the games I still do play (Cities: Skylines, Hitman), the new sound system is already considerable improvement over some small Logitech speakers I previously used. At some point I may get a USB DAC to connect the desktop to the amplifier. But the majority of my computer’s sounds just don’t need that kind of improved sound quality. And more importantly, my music collection doesn’t live on my computer anymore. That has moved to my iPhone. The result is that most days, the speakers are playing audio streamed to the AirPort Express. Either one of my iDevices is streaming to the device or forked-daapd is streaming an Internet radio station. I still value ambient music, particularly when I’m working. The only difference is that the music does not come from the desktop computer anymore.

It has been a few days now, and this rearranged home office is a good thing. In addition to using space more efficiently, all my geek gadgets are located on the shelves now. The physical proximity of the gadgets may result in more things being hardwired into the network. Not that doing so would dramatically improve performance but I do have enough cables and the usage of wires still appeals to me. And it has been great to be in the prime listening spot for speakers being driven by the NAD amplifier.

More importantly, I may also be able to improve functionality in some of these old devices. Although Apple upgraded the AirPort Express to allow for Airplay 2, the upgrade did not give the device the ability to AirPrint to printers connected to the USB port. The printer itself has WiFi and Ethernet and can therefore function as a network printer, but the printer is too old to have natively supported the feature. But I have read that CUPS can bring AirPrint functionality to older printers.

Another little project for another time, but this project would rank well in the wife-friendliness category.